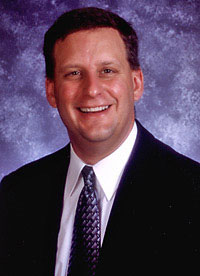 Schneider has served as Superintendent of Burr Ridge CCSD 180 for the past 12 years and will continue to do so while in this new role. He has a long history as an educator, having worked as a teacher and in school administration since 1989.

“Impact Aid is vital to my students’ success,” says Schneider. “It provides teachers and programs that I never want to eliminate due to a lack of funding. Working to ensure and expand Impact Aid funding ensures that my students (and your students) will not be deprived of these opportunities.”

Schneider will transition into this role over the next year, during which time he will work closely with current FLISA Executive Director Tom Madden.

FLISA is one of the NAFIS subgroups, representing school districts that have lost a portion of their local tax base because of federal ownership of property. These districts receive Impact Aid Section 7002 Federal Property. To be eligible, a school district must demonstrate that the federal government has acquired, since 1938, real property worth at least 10 percent of the assessed value of all real property in the district at the time of acquisition. The other NAFIS subgroups are the Military Impacted Schools Association (MISA), National Indian Impacted Schools Association (NIISA) and Mid-to-Low LOT Schools (MTLLS).

Schneider has been active on Tom Schneider the NAFIS Board for over a decade, currently serving as Vice-President. He served as Secretary from 2017 to 2019. He also served as President of FLISA from 2014 to 2016.

We look forward to continuing to work with Schneider and FLISA to strengthen and protect Impact Aid.